Is Sailan Muslim Foundation of Canada a politically motivated organization? And whom do they represent?

Sailan Muslim Foundation of Canada (SMFC) is an independent, non-political, non-partisan and non-profit organization formed in association with the other Sri Lankan Muslim Organizations in the Greater Toronto Area.. The driving purpose of SMFC is to present a unified voice for Sri Lankan Muslims living in Canada and to play the role of a community catalyst in harnessing the resources and unleashing the potential of the community. SMFC recognizes that unity is not conformity but lies in managing and channeling differences towards a focused greater objective.

SMFC’s vision and mission capture the essence of its objectives which are implemented through its functional and executive divisions- Global & Political, Religious & Social, Youth & Education and Media & Public Affairs. These executive functions carry out various programs and initiatives designed to achieve their objectives which in turn are aimed at fulfilling the larger mission of SMFC.

On a grander scale the vision of SMFC is to be part of a global network of like minded organizations that motivate and inspire communities to harness their resources and unleash their potential to create a synergistic force that stands for the spiritual and material wellbeing of both Sri Lankan Muslims and other communities to live in a spirit of pluralism, diversity and inclusiveness.

Subsequently, the Muslim Organizations in Toronto were invited for a meeting and were requested to unite under a common platform and create a unified voice of Sri Lankan Muslims in Canada. The idea was accepted by all the current muslim associations at that time. Thus the Sailan Muslim Foundation of Canada was inaugurated on 22nd June 2012.

The extract from the minutes of the inaugural meeting is recalled here:

Also following the pledge made at last informal meeting, we obtained the reconfirmation and allegiance of all presents to forge ahead in forming the association and officially announced the inauguration of Sailan Muslim Foundation of Canada.
Allahu Akbar. 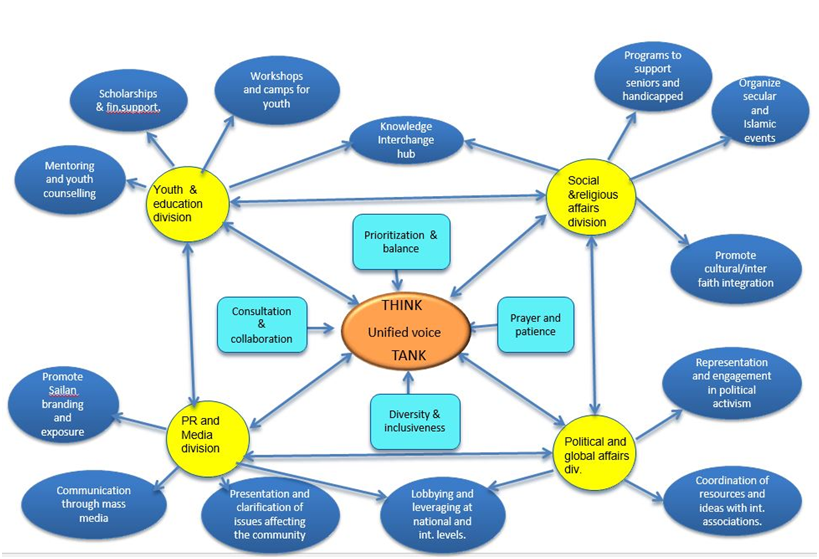