The Muslim Heritage Month in Canada  in October of every year declared by act of Parliament  was celebrated by Sailan Muslim Foundation of Canada this year at the Grand Cinnamon Banquet Hall.  Over 350 guests from all communities of Sri Lanka attended the dinner which followed talks by prominent scholars and activists on the topic of `challenges facing the Muslims in contemporary times`.

The speakers touched upon a range of topics from the challenges faced by youth, women and organizations to the challenges on retaining spirituality in an increasingly material world. The acting High Commissioner for Sri Lanka Ms. Sitara Khan spoke about the significance of celebrating history and the need for greater cooperation and unity among Sri Lankans of all faiths and ethnicities as a vital precursor to peace and prosperity among Sri Lankans both here and back home.

As a special occasion this year SMFC also felicitated the outgoing Consul General for Sri Lanka, H.E U.L.M. Jauhar who joined hands with SAILAN in hosting the inaugural multi-community gathering of the Sri Lankan diaspora in Toronto to celebrate Eid Mubarak, which featured talks by speakers on the importance of inter-community engagement and cooperation. A souvenir marking this event was also launched at this event this year.

Sailan Muslim Foundation also presented the `SAILAN LIFETIME ACHIEVEMENT AWARD` to its Chairman and co-founder Mr. AGA Barrie for his long and dedicated service to the community both in Canada and Sri Lanka over a period spanning over 40 years for which the community is ever grateful, The event ended with a few words by MP for Scarborough Centre Ms. Salma Zahid who carried a message of goodwill from the Prime Misister of Canada and she lauded the efforts of SAILAN in marking this month with this event and being a voice of unity, patriotism and service in the Sri Lankan community and reaching out to other communities in the spirit of Canadian multi-culturalism.. 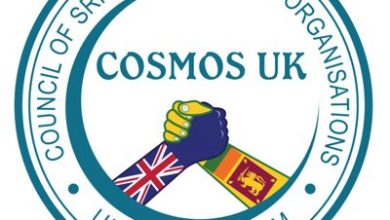